On 19th of February, 2019, the Annual Dealer Conference of Esquire Electronics Ltd took place at the hotel Le Meridien at Dhaka. The event started at 5:00 p.m and lasted until 10:00 p.m. It was attended by the Founder and Chairman of Esquire Group, Md. Mofazzal Hossain, and his family and overseen by the Managing Director of Esquire Electronics Ltd, Mr. Arifur Rahman and many other honored guests. It was also attended by Sharp high officials Mr. Hashimoto, CEO, ASEAN Business & Head of President’s Office, Sharp Corporation Japan and Mr. Hayakawa, Managing Director, Sharp Corporation Singapore. The goal of the conference was to congratulate the dealers on their performances and thank them for their ongoing partnership with Esquire Electronics Ltd. With the slogan “Together We Grow, Together We Succeed!” the event started with the aim of encouraging better understanding and collaboration between Esquire Electronics, Sharp and all respected dealers. 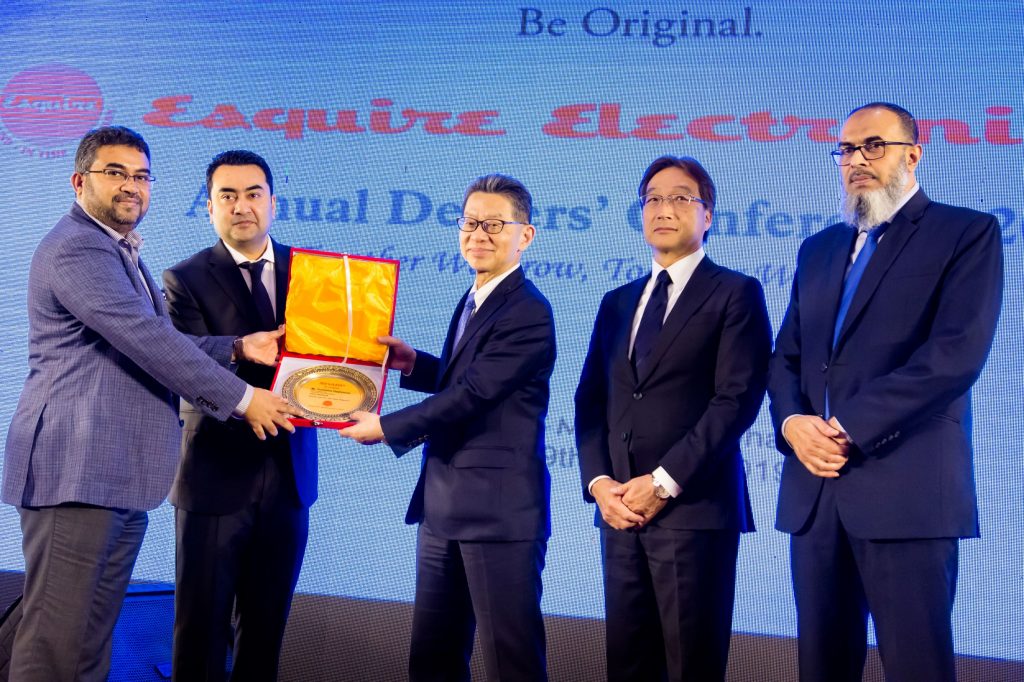 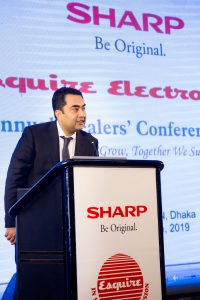 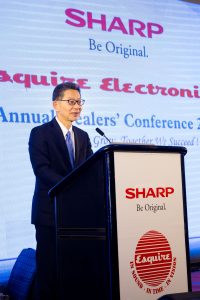 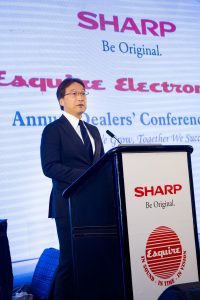 It was a two part event. The first part consisted of new product announcements and product reviews of upcoming offerings from Sharp. This session was conducted by Mr. Manzurul Karim, General Manager, Marketing and Sales, Esquire Electronics Ltd. and Mr. Saito, Supervisor, New Business Planning & Development Division, Sharp Corporation Japan. One of the most exciting among the new products announced was the Sharp Aquos 8K TV. 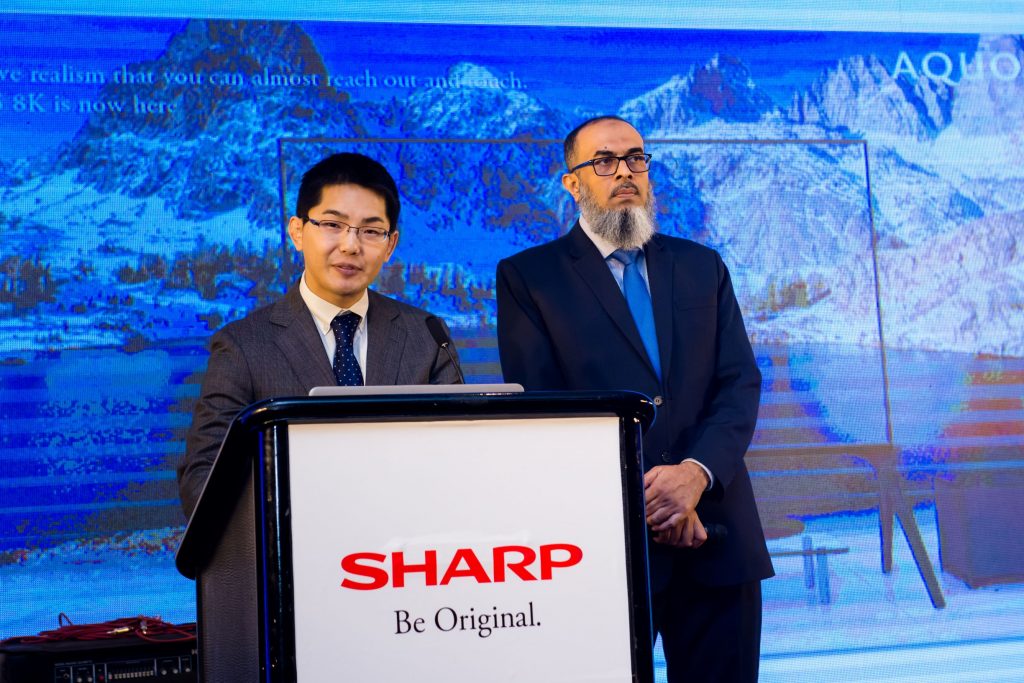 Following the presentation, the awards show was conducted. The best performing dealers were recognized for their outstanding achievements and received their awards from Esquire Electronics and Sharp high officials. 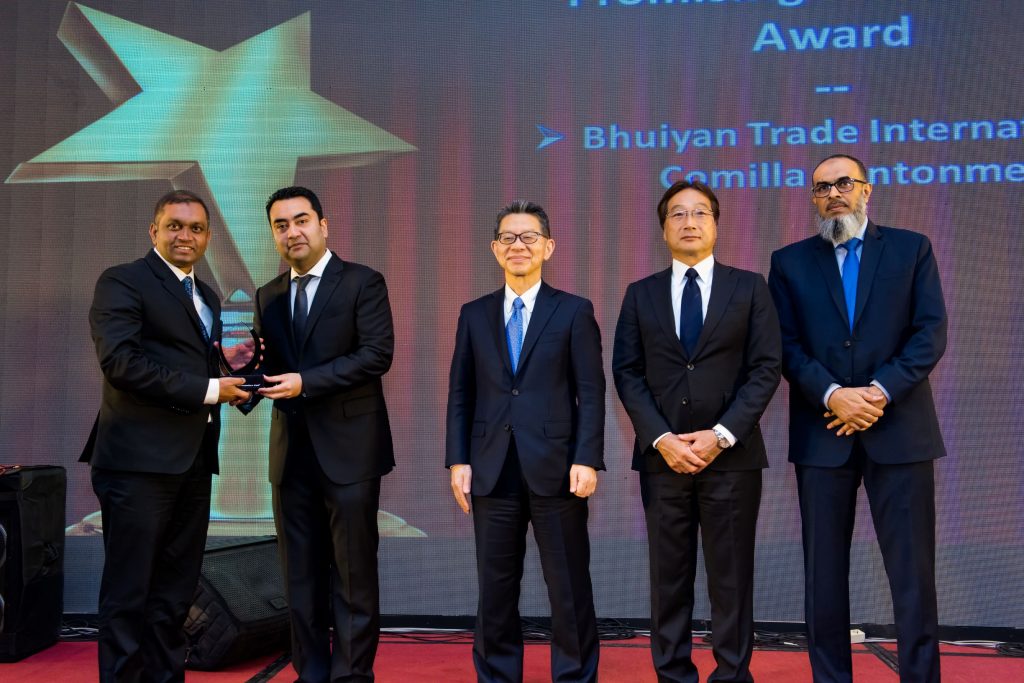 After the award show, a raffle draw event was organized for all respected dealers, filled with excitement and anticipation. Gifts were distributed to all lucky winners. 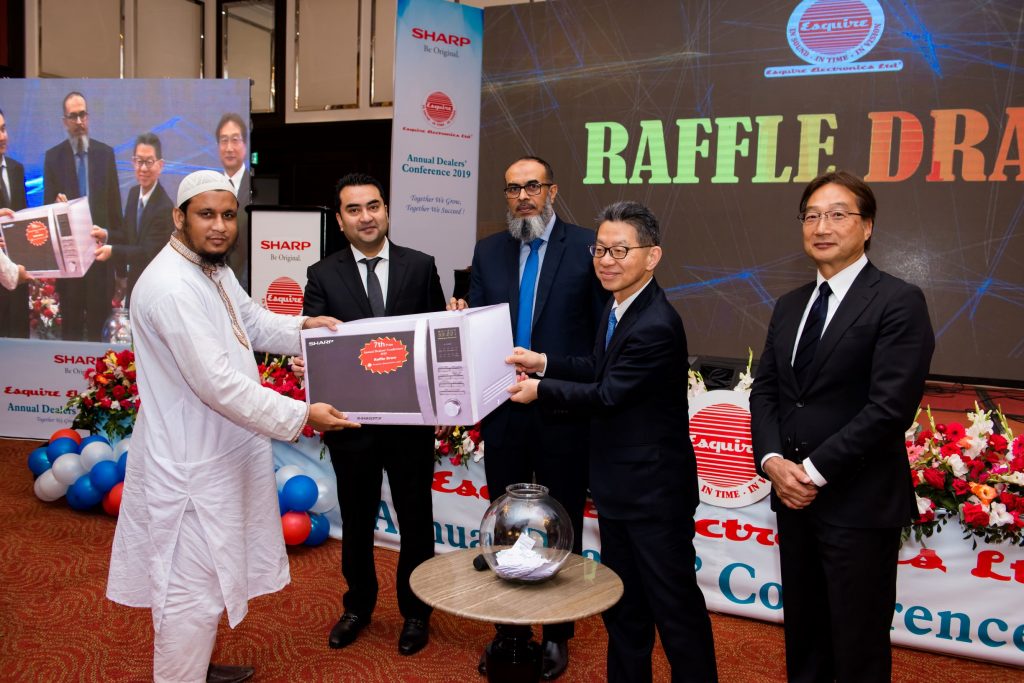 The final event of the night was a musical performance by the famed artist Konal. It was a great performance reciprocated by a responsive crowd and provided a joyous conclusion to the days proceedings. 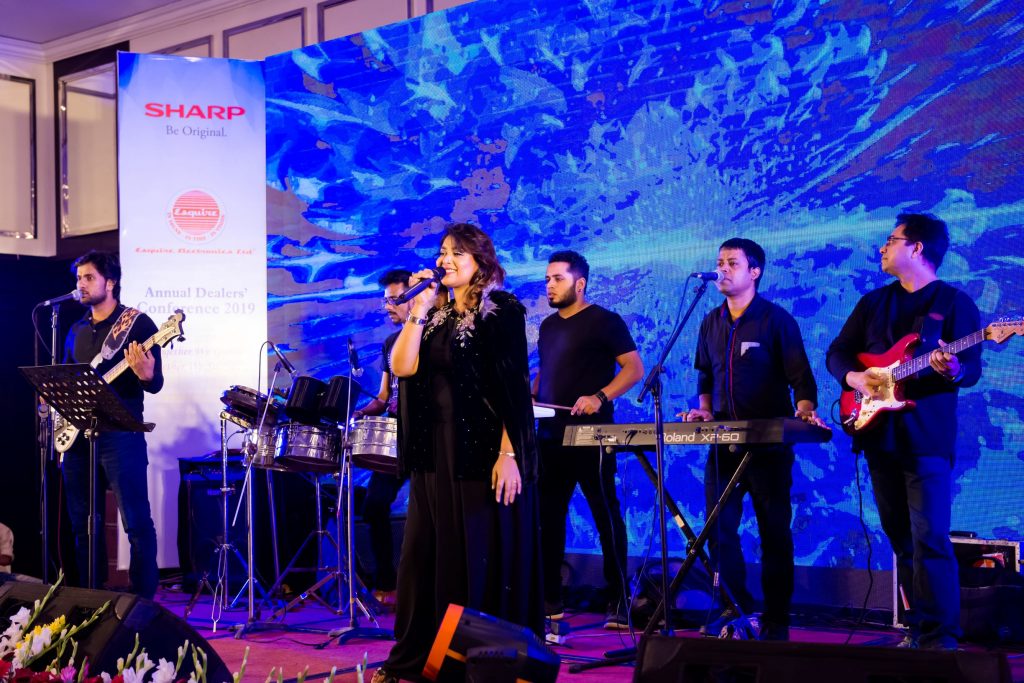 The event concluded with a grand buffet dinner for all participants.

About the Author: Esquire Electronics Ltd.