On 20th February, 2019, the Annual Sales Conference of Esquire Electronics Ltd took place. It was a day long event with important discussions and many fun events. It was attended by the Founder and Chairman of Esquire Group, Md. Mofazzal Hossain, and his family and overseen by the Managing Director of Esquire Electronics Ltd Mr. Arifur Rahman. It was a grand arrangement with over 500 participants including many invited honored guests. The motto of the event was “Aim Big, Achieve Bigger” to inspire all participants to rise up and climb to new heights. 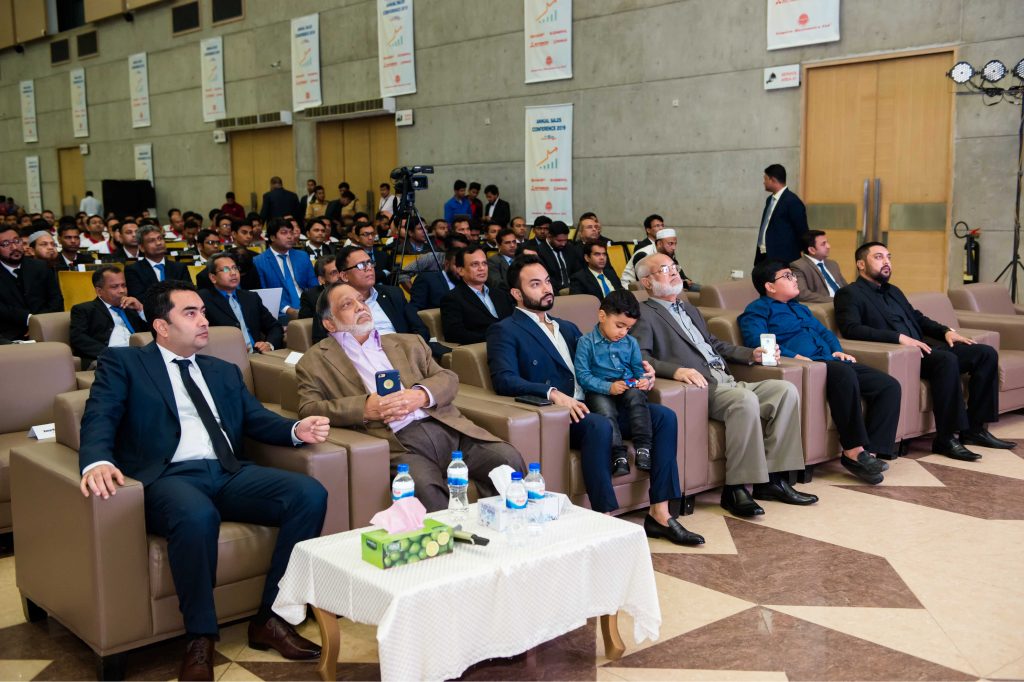 The event was divided into two segments. The first segment dealt with a review of the performance of the company and its showrooms for the year 2018. Some key achievements were highlighted and advice given on how to improve performance in the coming years in a presentation by the General Manager of Marketing and Sales, Mr. Manzurul Karim. Future plans and new product announcements were also shared during this segment. The segment started around 4 pm and lasted up to around 6 pm. 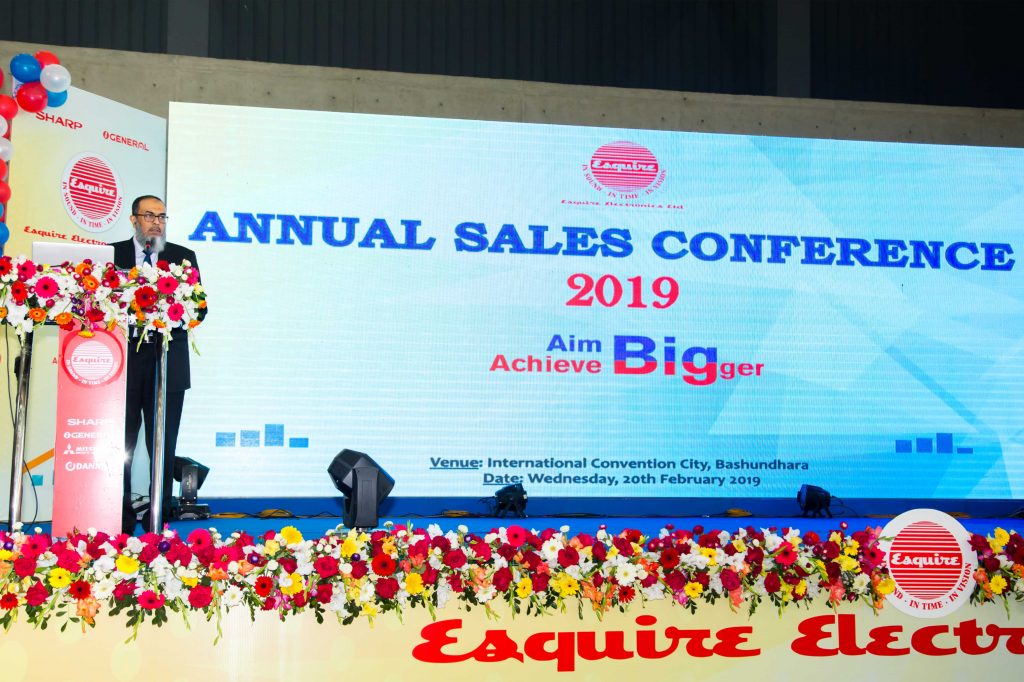 After Maghrib prayer break, the Awards Ceremony was conducted. Employees of Esquire Electronics Ltd. were awarded in the following categories and many others: 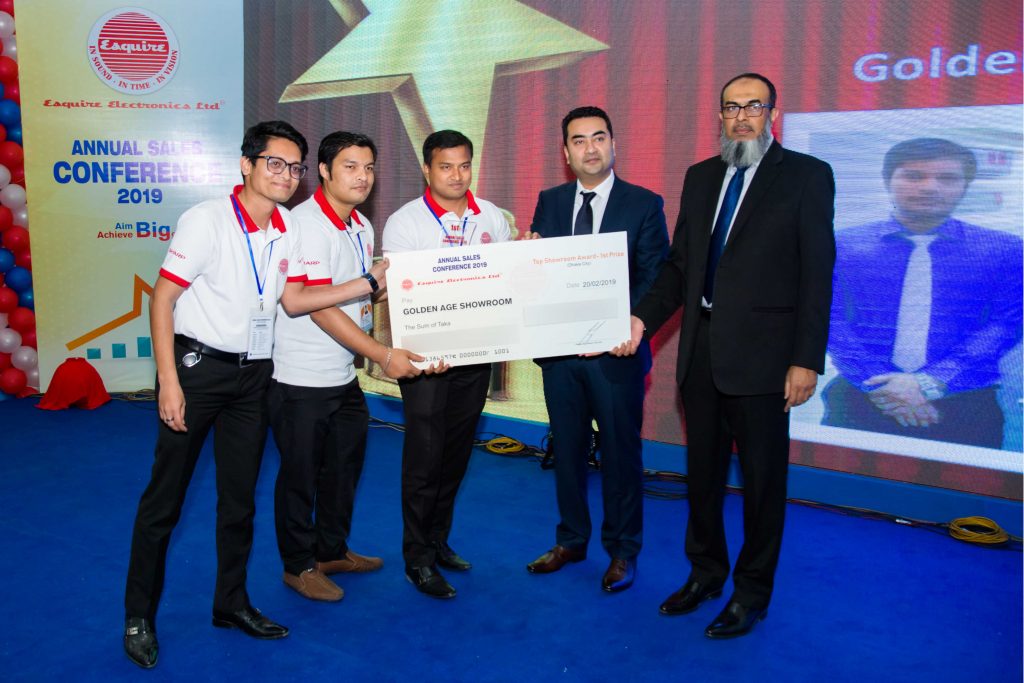 The awardees were presented with exciting prizes and their achievements were appreciated by management.

To liven up the ceremony, a small quiz contest was organized to entertain the guests. Staff from the 70 showrooms and the head office participated in a fun contest full of laughter and witty questions. The winners were presented with small gifts. 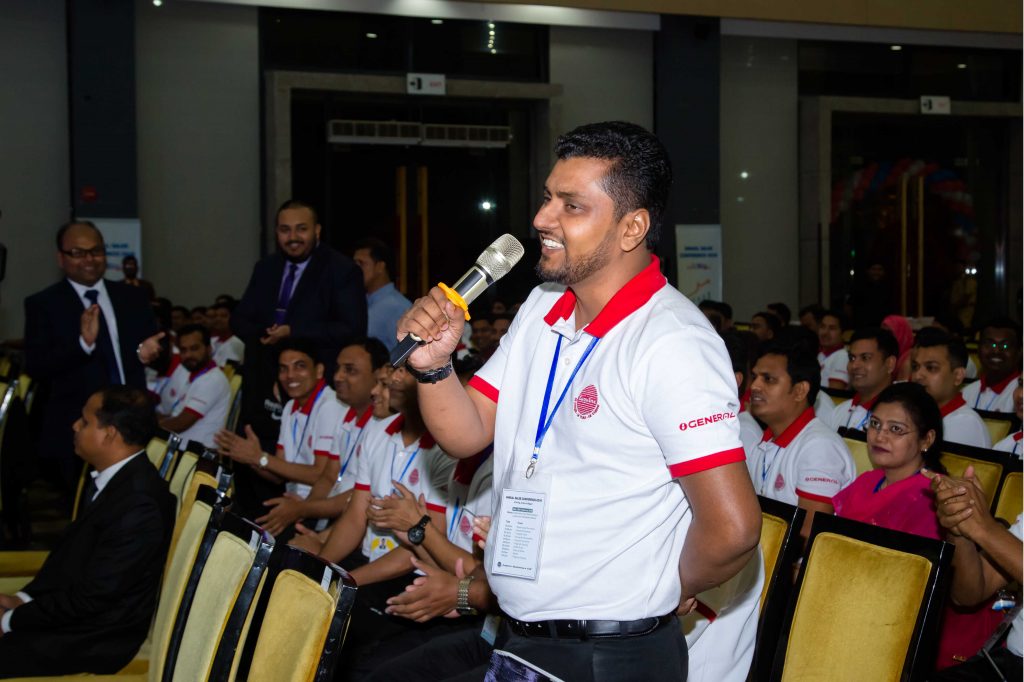 Following the quiz contest, after a lot of anticipation, the much awaited raffle draw was conducted. All guests were provided with tokens for the lottery and the entire audience waited in palpable excitement as one prize after another was announced. A total of 20 prizes were distributed among lucky winners. The winner of the grand prize received a Sharp 40” LED Smart TV with other winners receiving many exciting gifts as well. 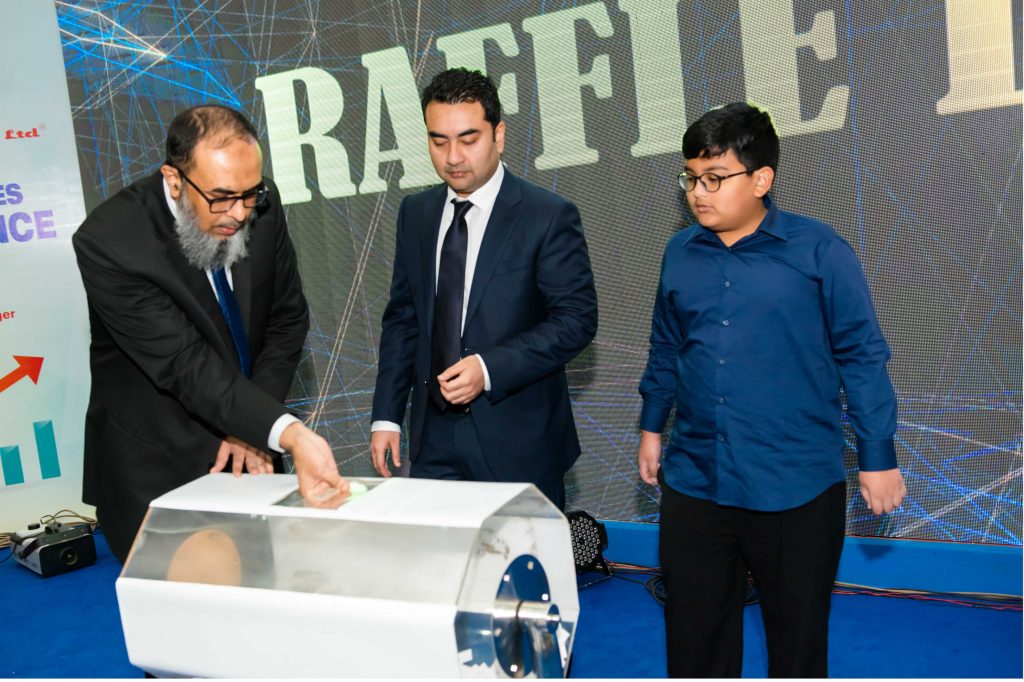 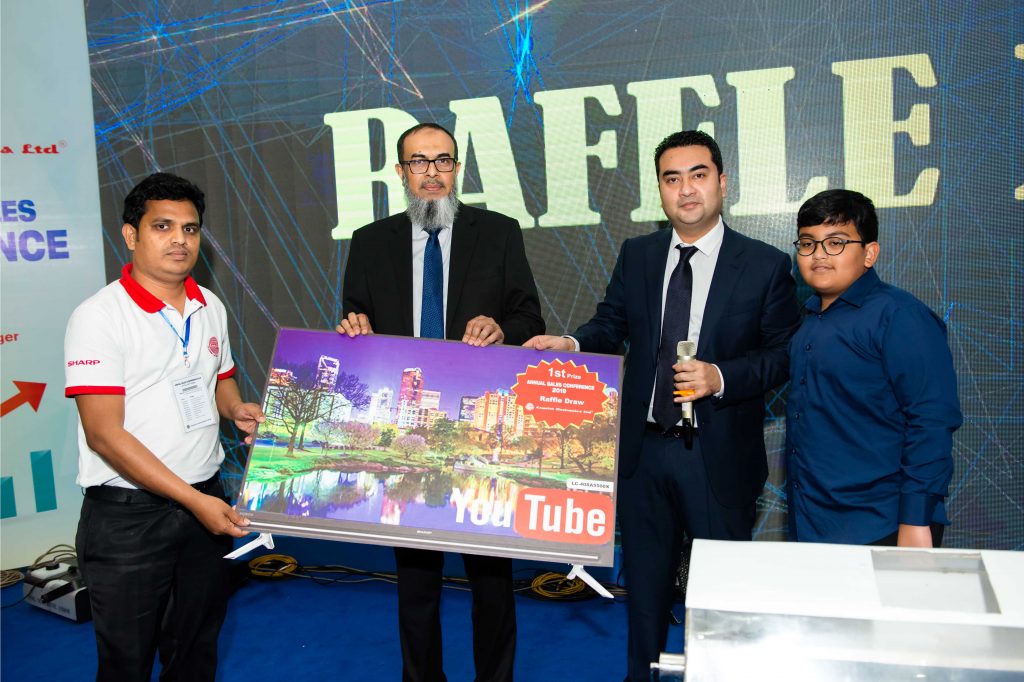 The final event of the night, a concert arranged for the Conference, started after the raffle draw. Performances from renowned artists Dilshad Nahar Kona and Shomrat were presented in a lively musical display. 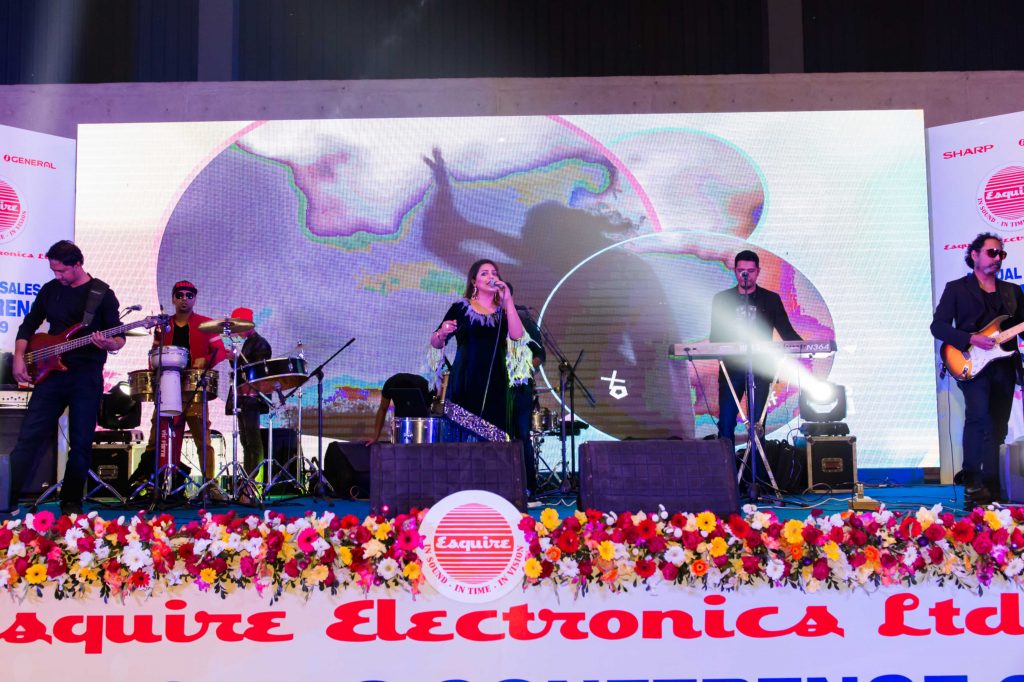 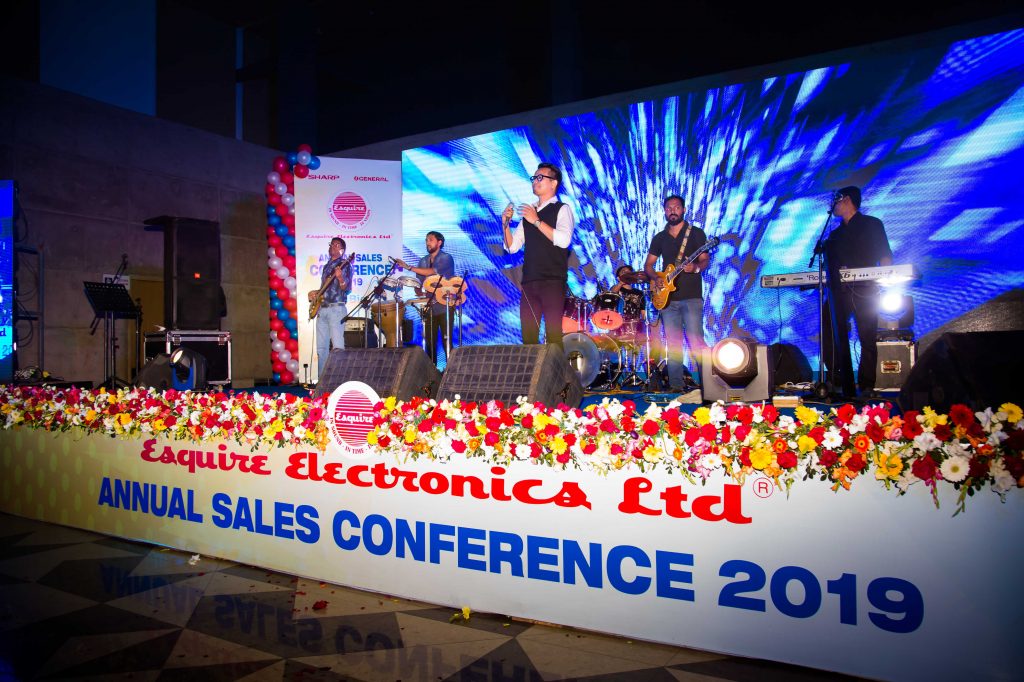 The event ended with a grand dinner for all attendees.

This concluded the Annual Sales Conference 2019. It was a successful event that paved the way for another year of strong performance for Esquire Electronics Ltd.

About the Author: Esquire Electronics Ltd.